Home > About Us > Athletic Sponsorship

At Pallet Alliance our business is moving things forward as efficiently as possible—the same goal an elite athlete strives for. We both seek constant improvement, and we both use data analytics to get there. Competitive athletes track training and race data to maximize their performance in competition. While Pallet Alliance uses IntelliPallet™ IoT-based technology for wooden and plastic pallets to generate location, environmental, and security data to maximize shipping performance.

When Pallet Alliance learned a local triathlete, Sarah Reintjes-Tolen, earned the opportunity to compete at the highest level, we wanted to share her journey to excellence. We’ll be reporting on Sarah’s progress every step of the way—just like our IoT-enabled pallets. 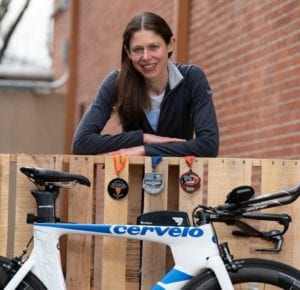 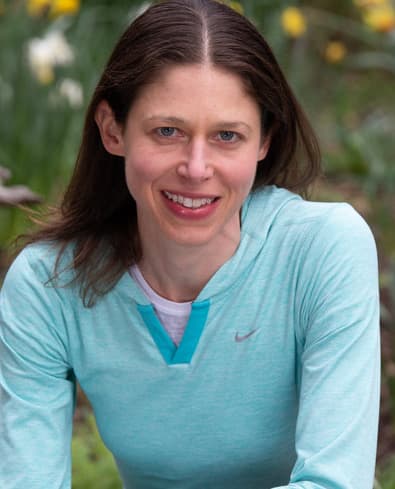 A Chapel Hill, North Carolina native, Sarah Reintjes-Tolen has been competing in triathlons since 2016. She became involved after participating in a super sprint (short distance) race, in which she won first place overall for both men and women.
During the start of her triathlon journey, Reintjes-Tolen, who has struggled with chronic fatigue, depression, and anxiety for decades, was diagnosed with an autoimmune disease called undifferentiated connective tissue disorder (a mild form of lupus). Although she has undergone medical treatment since the diagnosis, Reintjes-Tolen also credits triathlon training for having a significant impact on her improved health and well-being.
Continuing to persevere despite the challenges she has faced, Reintjes-Tolen trains between two to four times per day, totaling nearly 20 hours a week. Most recently, she participated in a half Ironman race and took home fifth place in her age group. She also received the fastest run component of all female participants, which qualified her for the 70.3 (or half Ironman) World Championship race in New Zealand in November 2020.

Reintjes-Tolen, who currently resides in Carrboro, North Carolina, has a Master of Science in Wildlife Ecology and Conservation from the University of Florida. When she’s not training for an upcoming race, Reintjes-Tolen enjoys making art, specifically mixed media, which is a combination of science, biology, and design. Her other hobbies include photography, cooking and baking healthy foods, traveling internationally, and enjoying a good movie or television series.